No items found.
Product is not available in this quantity.
< Back to blog

Note: This was written before we rebranded to Jellyfish Game Studios, but I am leaving it as is in its original written state.

Behind the scenes look at Gold Nugget Games operations

Inspired by Steve Jackson Games and Stonemaier Games, I have decided that I would do something similar to their yearly “shareholder” reports for Gold Nugget Games. While not nearly as exciting as those two amazing companies, one of my goals from the start of Gold Nugget Games was to be as open and transparent as possible.

While I officially started Gold Nugget Games in October of 2017, the majority of this report will be about 2018 though some things I mention may have actually occurred at the end of 2017.

We are still a pre revenue company so not many exciting numbers to report here, but we are hoping that changes in 2019 when we should be launching our first of hopefully many Kickstarter projects. While we expect a very humble 1st campaign, it will feel great to get our first revenue on the books.

At a high level we were just heads down working on games and learning the industry getting ready for our first Kickstarter launch (Vamp on the Batwalk). At a bit of a lower level, we attended a few conventions, networked with playtesters, artists, designers, manufactures, other publishers etc. 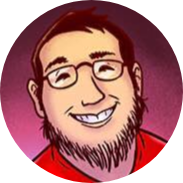